On July 6, 1965, Dr. Martin Luther King, Jr., addressed the fifth General Synod of the United Church of Christ in Chicago. A copy of the twenty-page typed text, with hand-written corrections and additions by Dr. King, was purchased in 2017 by Avron B. Fogelman, the prominent Memphis philanthropist and supporter of the University of Memphis. Mr. Fogelman graciously allowed the speech to be displayed in the university’s Ned R. McWherter Library in March and April 2018  as part of the fiftieth anniversary commemoration of Dr. King’s death. To see the speech in its entirety click here. 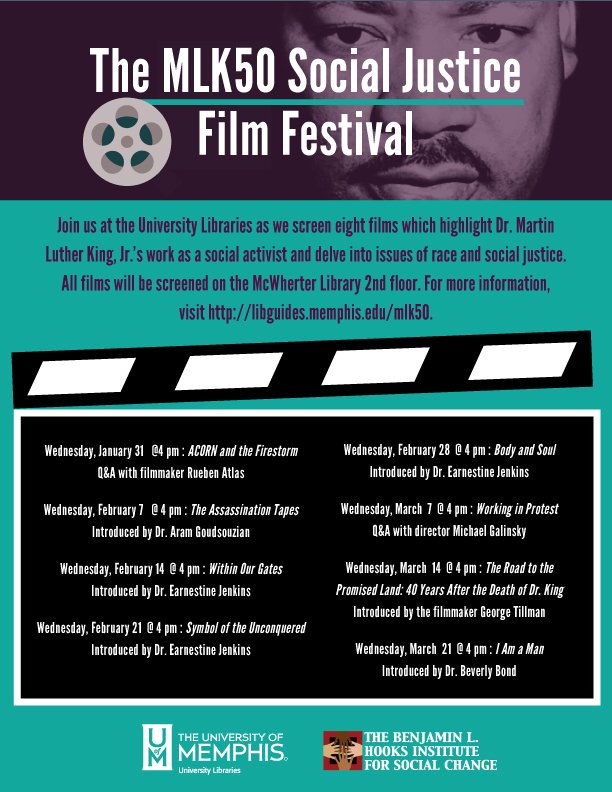 Tomorrow! Our last SILENT film of the #mlk50 film series. The film follows the exploits of an escaped prisoner who poses as a minister. Free popcorn provided.