Every year, the Government Publications Department at the University of Memphis likes to bring attention to Constitution Day to honor, as you may have guessed, the U.S. Constitution. We have all likely seen news stories debating whether a law or court ruling is ‘constitutional.’ And I am sure, like me, you have wondered: what exactly does that mean? Constitutionality can pertain to most hot button issues in our modern society, whether it be immigration reform or gun control or the power to wage war. Luckily, there are resources available through the federal government that interpret such situations in a way that is accessible to everyday citizens and not just those versed in constitutional law.

One such resource is known as the ‘Constitution Annotated,’ curated by the Congressional Research Service of the Library of Congress and available online at Congress.gov. This invaluable and periodically updated document provides short essays examining new interpretations of the governmental powers outlined in the Constitution and its Amendments. As mentioned before, there is always debate about what our government can and cannot legislate, and how rights protected by the Constitution, such as free speech, are affected by things such as new technologies and controversial events.

The Constitution is often considered a living document. Every year, the U.S. Supreme Court decides on cases that affect how our society will function based on this concept. Thankfully, the ‘Constitution Annotated’ provides understandable analysis through its essays on the ongoing evolution of how the Constitution shapes our lives. And, though tempting, I advise you to never skip the footnotes in these essays: they provide links to landmark court cases that, whether you realize it or not, determine how our country governs and how the Constitution protects the rights of American citizens.

Read the news announcement, and visit the digital exhibit.

“The Association of Southeastern Research Libraries (ASERL) announces a new digital exhibit created and curated by the ASERL Special Collections Interest Group. This collaborative online exhibit recognizes the 400th anniversary of the arrival of the first Africans sold into bondage in the English Colonies. This date, in 1619, is regarded as the beginning of the Trans-Atlantic slave trade in North America.

The exhibit documents the history of the enslaved in the Southeast and includes material related to the many varied aspects of enslavement, including paper documents and records as well as images. These provide valuable information about the entire infrastructure and system of enslavement as well as the individual and group experiences of enslaved people. Items submitted include photos, letters, bills of sale, emancipation documents, insurance and taxation documents, and maps indicating segregation zones. The exhibit will also explore the legacies of slavery by including documents and images related to convict lease labor and Jim Crow in the 20th century.

Designed to illustrate the social complexity as well as the economic and human impact of the American ‘peculiar institution,’ in all its ugliness, these materials can guide the researchers in accurately depicting the institution of slavery in the Southeastern United States. The goal is to learn from our past and make our resources available to students, researchers, other institutions, and the public.” Check out the the University of Memphis Confucius exhibit on display on the McWherter Library 1st floor! 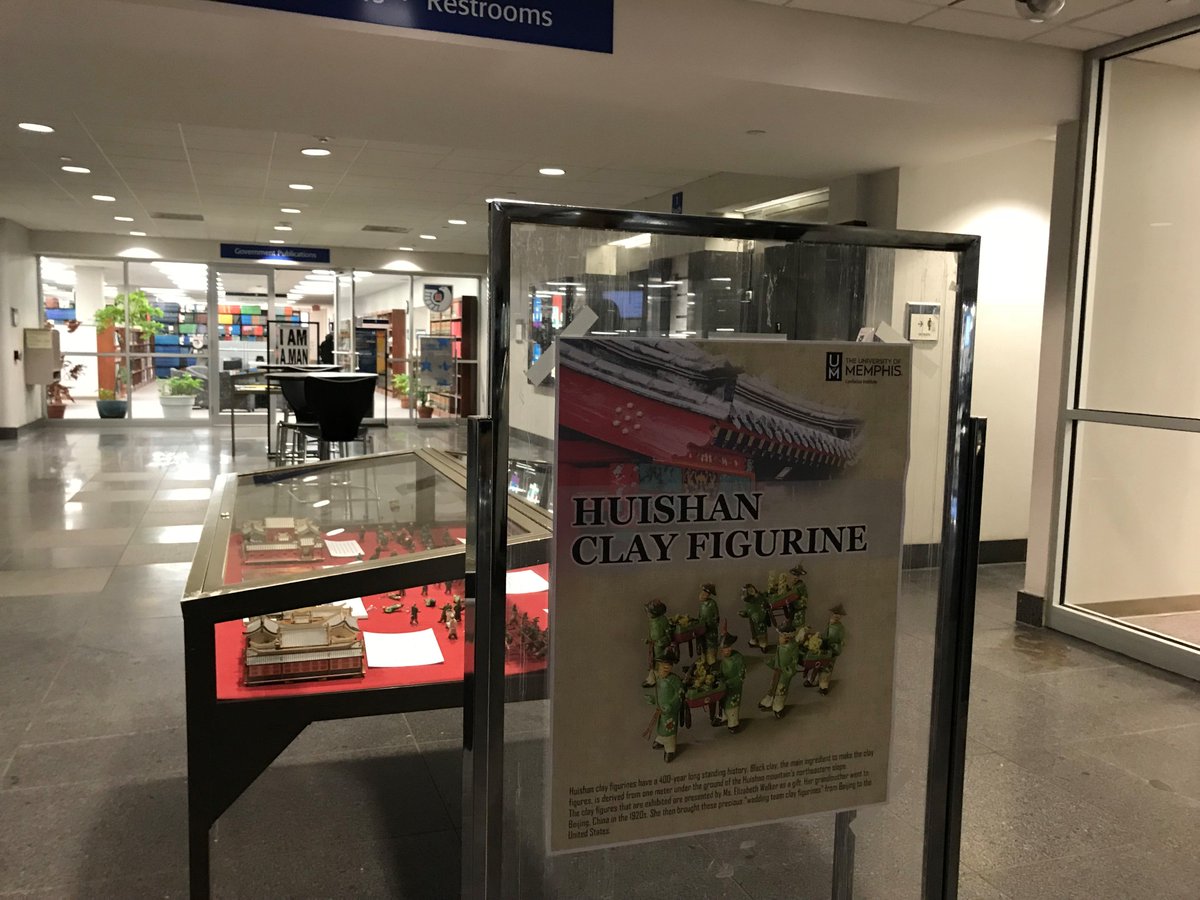 Celebrate Banned Books Week at the University Libraries. Banned books will be on display on the first floor of McWherter Library through September 29th! Join us at Ned R. McWherter Library for NEDtalks, a two-day short-form symposium on Wednesday, April 19, and Thursday, April 20, from 3 – 5 p.m. in room 226. UofM faculty and graduate students from various fields of study will share their recent research in short presentations designed to engage and entertain. Refreshments will be provided. See a full schedule of speakers below. NEDtalks is presented in conjunction with the Libraries’ annual Faculty Scholarship Week exhibition, which will be on view in the rotunda of Ned R. McWherter Library beginning at noon on Monday, April 17. To participate in FSW, deliver items to the Circulation desk on the first floor of McWherter Library by Friday, April 14. Please include the following information: the name of your school or department, a list of all items which must be returned and the contact information for the person to whom the items should be returned. For more information, please contact Anna Swearengen at mswrngen@memphis.edu or 678-2744. Last chance to check out the “Who Run the World: Women in Government” Exhibit in the lobby of McWherter Library!